AMD saw a lot of commercial success globally with the release of the?Ryzen 3000?processors. The company was able to challenge Intel?s top of the line processors that had dominated the tech industry for decades. AMD is set to launch its latest line of eight core mobile processors dubbed the?Ryzen 4000?series. The firm is readily giving Intel a run for its money with its high-performance line of laptop and desktop CPUs. The ultimate end game for AMD is to help design powerful and ultra-thin laptops through the?Ryzen 4000?U-Series chips and high-performance devices that will use the?Ryzen 9 4900S?and?Ryzen 4900H?power-chips.

Past generations of processors from AMD have exhibited a trend where laptops use current generation architecture to fabricate new CPUs. For the desktops, modern generation architecture is employed to create new chips. The?Ryzen 4000?series will most likely take this same path. The launches will be spaced between earlier and latter halves of the year, as has been the trend with past AMD releases. Here is what is already known about the next generation of the AMD CPUs, the?Ryzen 4000?series. 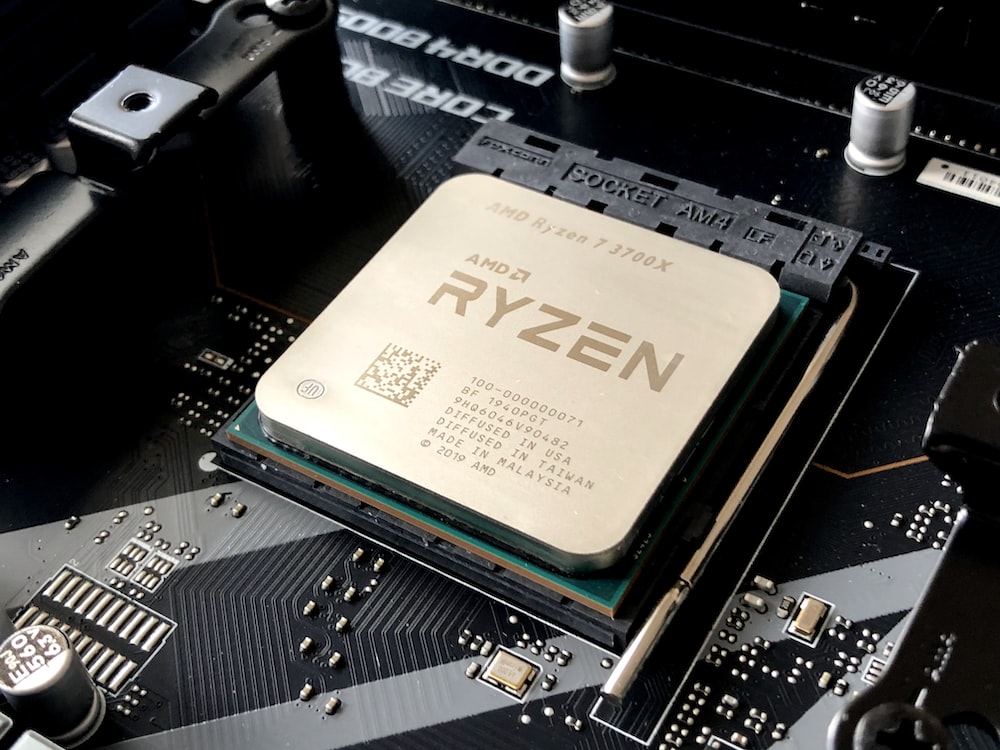 The first?Ryzen 4000?processors were initially seen at CES 2020, featuring a line of new generation?Accelerated Processing Units?(APUs). They highlighted the?Zen 2 architecture?cores with integrated Radeon Vega graphics units. The event saw a wide variety of processors being exhibited, ranging from the higher-end line to the low-end processors. The?Ryzen 4000?chips are set to start being featured in new laptops in months to come. Among these new models is the Asus Zephyrus G14, with Lenovo releasing their version through the Yoga Slim 7 laptop. Reports have shown that the launch price of the Lenovo Yoga 7 will be roughly $850 and will feature the Ryzen 7 4700U chip.

It will be an eight-core processor weighing in at 2.2 pounds. The Yoga Slim 7 will be the ultimate thin laptop and is expected to compete with the ultrabooks that have Intel-based processors. Another?Ryzen 4000?device will be the Dell Inspiron 14 7000 2-in-1 convertible laptop. Gamers have not been left out, and there is a high expectation that most of them will lean towards the?Ryzen 4000?chips, such as the 4900S and 4900H mobile CPUs. These two products are designed to challenge the?Intel Core i9?processors in the high-end department, set to launch later in spring

The Ryzen 3000 series CPUs employed a combination of two distinct architectural designs across the entire line.?Ryzen 4000?processors will follow the same path through the Zen 2 architecture we saw on the Desktop CPUs in the earlier 3000 series. However, this time approach is different since the?Ryzen 4000?chipsets will be made through a monolithic die. This approach is quite different from the one used on the 3000 series chipset design. The cores were divided into smaller chipsets before combining them with a more significant input-output die. It has been established that the chipset design was not very noticeable on the laptop CPUs, and so, AMD chose to use a different approach.

The company thought it would be best to integrate more components on the monolithic die structure. These components included elements like low power audio and LPDDR4X. The?Ryzen 4000?series will use Zen 2 architecture, which is deemed to be much more efficient and faster than the Zen+ design on the 3000 Mobile chipsets. The Zen 2 uses a node size of 7nm down from 12nm on the?Zen+ architecture. This variation offers some significant benefits in terms of performance and thermal properties. The first laptops that feature the?Ryzen 4000?chips will process a higher number of instructions per clock with a significantly higher base and boost clock speeds.

The performance of the Ryzen 4000 CPUs

The?Ryzen 4000?processors will surpass the performance of their predecessors, and by a significant margin. The 7nm architecture on the Zen 2 design has been determined to have a 15% to 20% improvement margin over the Zen+ design on single-thread tasks. In Multithreaded tasks, the performance is much higher at about 25% to 30%. This improvement was noticeable when, especially in gaming, the higher?cache memory?enabled an increase in frame rates of 20-30%.

The?Ryzen 4000?chipsets deliver better results in terms of performance per watt compared to the Intel line of CPUs. The eight-core design has a higher peak memory bandwidth of 77%. This development has increased graphics processing speeds to 1750MHz improving visual quality.